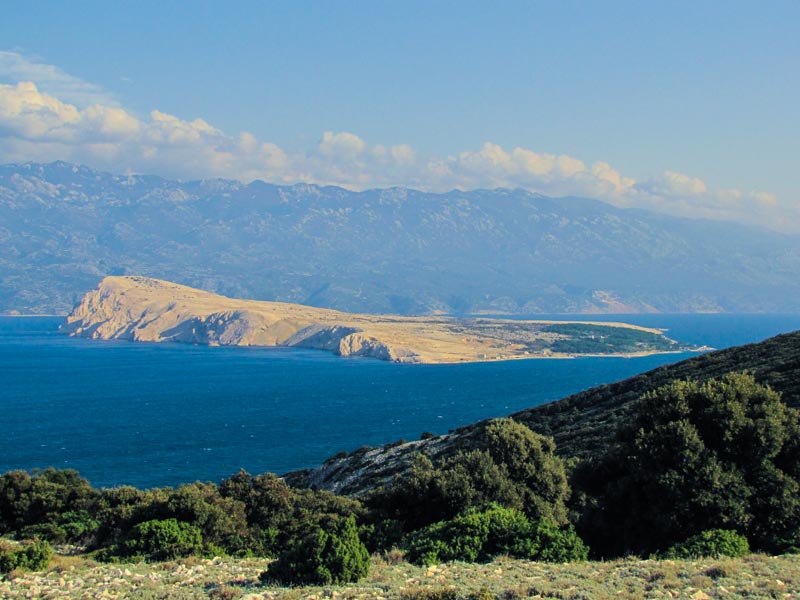 The Kvarner Bay is actually a gulf in the Northern Part of the Adriatic Sea located between the Istrian peninsula and the northern Croatian seacoast.

The main islands within the Kvarner are Cres, Krk, Pag, Rab and Lošinj. The main portion of the Kvarner Bay is that between the mainland, Cres and Krk. A smaller body of water located between Cres, Krk, Rab and Pag is called Kvarnerić ("the little Kvarner").

Kvarner is one of the closest points of Adriatic Sea to Central and Western Europe, therefore, because of it's vicinity and mild climate, Kvarner was very popular tourist destination for Western Europeans since the times of the Austro-Hungarian empire in 19th century.

What can you see? First of all the Kvarner bay is the most indented part of the Adriatic Sea.There is more than 1000 beaches on this quite small area.Here is the first protected reserve for Dolphins and the Special Ornithological Reserve Center for protection of Eurasian Griffons who are nesting in Kvarner area on the Islands of Cres,Plavnik,Prvić and some of them are trying to return to the Island of Rab where there was a whole colony during the 70's and 80's. 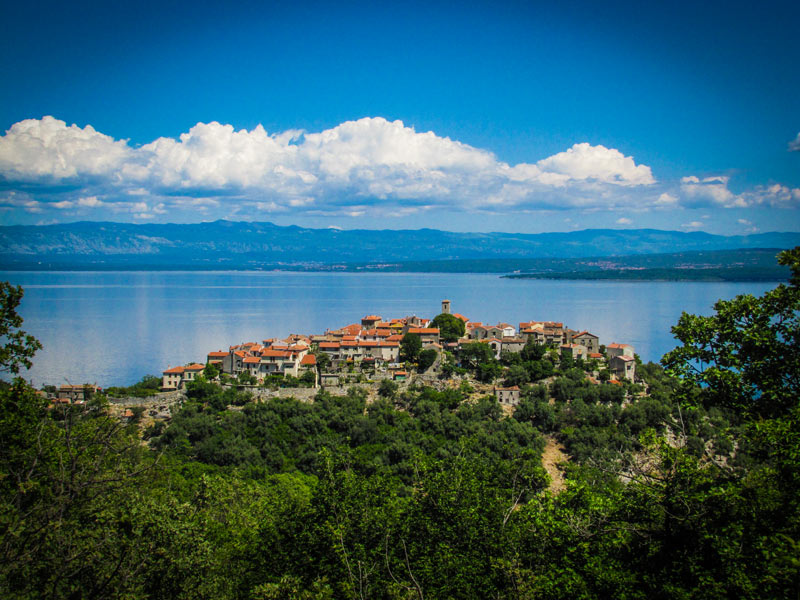 The tourism and boats scared them away as they are nesting on steep cliffs.While kayaking under them we do not harm them as they like our sound of silence,rather than those fast and noisy boats with all kind of people who yell on them just to keep them flying so they can take photos.There are also great areas of evergreen and mystical forests and hundreds of therapeutic herbs which you can use if you know how and when.A lot of animals live in those forests and many of them are running away when they see a human but sometimes you can enjoy in their tranquility and you can even approach them.Hundreds of birds,lizards and big animals like dears,muflons,fawns and horses can be seen on the way.Did you know that only on the Island of Rab there are no venomous snakes so you can walk around without any fear but even on the other Islands you will hardly see one as they are afraid of us.

Geological parts are great and unforgettable and there is even a Geological Park on the Island of Rab.While kayaking the scene will be different after every corner.You can dive in many caves and even jump in them or even go with the kayak inside of them.High cliffs with hundreds of colors and plants,Miles and miles of trekking trails by the sea,ten's of viewpoints on the whole archipelago,hidden beaches and coves with all kind of ground varieties....all of this and much more can be seen on this best paddling playground in Croatia.Not to mention the long and interesting history,culture and the people that we'll meet on the way. 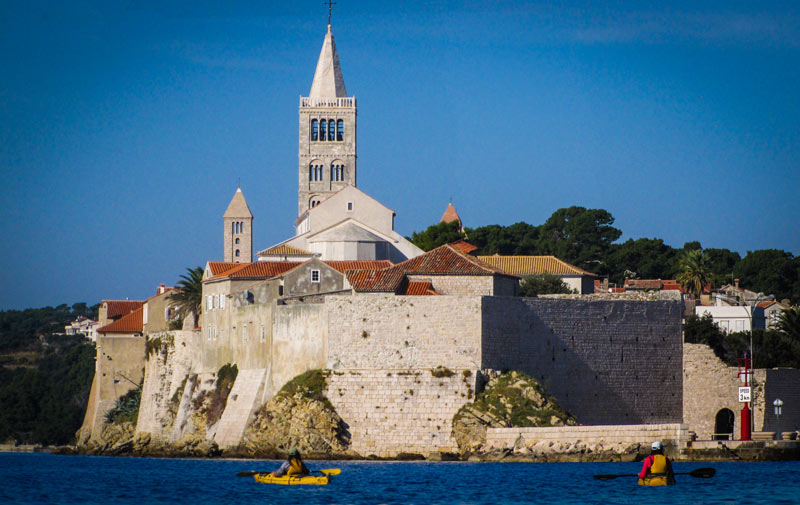 In addition to the ancient town of the same name, there are seven other idyllic places scattered over the island: Barbat, Banjol, Palit, Kampor, Mundanije, Supetarska Draga and Lopar. There are about 9 thousands inhabitants on Island Rab mostly by agriculture, fishing, shipbuilding and tourism. Rab has tradition of organised tourism for more than 120 years.Rab is the most diverse Island in the bay with more than 200 beaches and have the oldest oak tree forest on the Mediterranean.There are also miles and miles of white sand beaches in Lopar and the Geological Park.The disreputable Islands of Goli and Grgur are also in the Rab aquatorium.The island of Rab was inhabited already in the ancient time of the Stone Age and it gave a shelter to its inhabitants. In the place called Zidine (fortress) in the northern part of the island, which is called Lopar, a settlement lived uninterrupted through younger Stone Age, then chatcolithic, Bronze Age until the IV. century AD when at the mentioned location an old Greek military fortification was built. The remains of this military fortress as well as the remains of other former times you can see if you walk to the mentioned location.The town of Rab has also a long history that dates back to the 10. year BC. In this year the town was mentioned in an old Roman document, in which the Roman Cesar Augustus declares it a municipium and grand's it independence. Afterwards the town got a rare and venerable epithet Felix which explains that the town of Rab was even then a developed and civilized town and that its inhabitants enjoyed luxury of running water, seaside resorts, a theatre, temples, arrangement of streets and many other things. 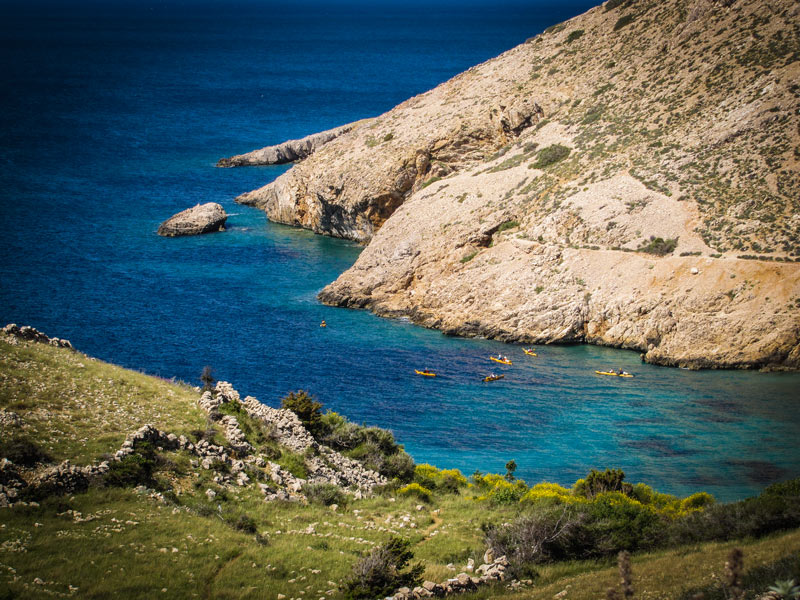 Krk is one of the islands in Kvarner archipelago, in the north part of Adriatic sea. KRK is the largest island of the Adriatic Sea covering the area of 409 sq km (38 km length, width up to 20 km). It has population of about 16 thousand people.The highest peak of the island, Obzova (569 m), lies in the southern karst region. The rocky, steep and predominantly bare north-western coast is neither developed nor easily accessible, and represents a danger when the bura blows. The south-western and south-eastern coasts are well developed. The mild maritime influence is more prominent in the west and southwest of the coastline. The mean temperature in January is 5.6 °C, and in July 24.1°C; the annual rainfall exceeds 1,000 mm. Two small lakes (Lake Omisalj - or Jezero - in the north, and Ponikve Lake in the centre of the island) represent a source for fresh water supply of the nearby settlements. Forests account for 30.9 % of the total island's area; the Mediterranean forest of holm oak is limited to the south-western, sheltered coastal region. Limestone plains are predominantly rocky. 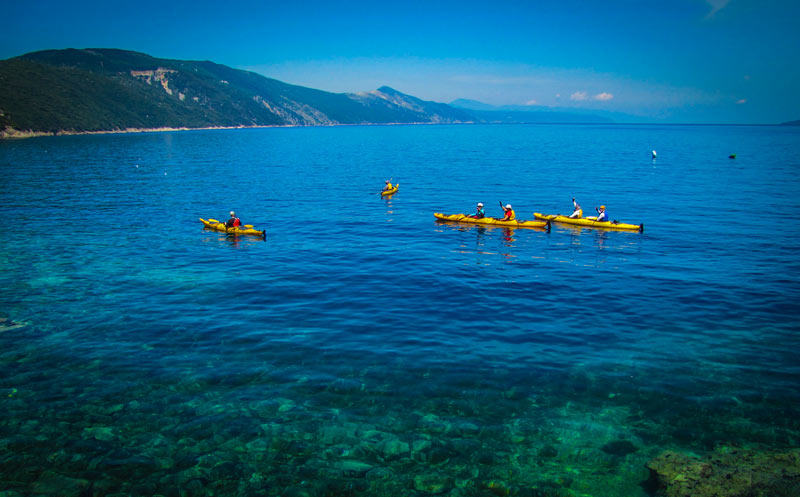 Cres is the second largest island in the Adriatic. Limestone and dolomite dominate, creating a contrasting littoral karsts landscape of occasionally snow-clad peaks and lowland plateaux; gently sloping shorelines and steep cliffs; lush Mediterranean forest and sparse maquis. One feature that deserves a specific mention is Vransko lake. Sitting in the center of the island, the lake is a natural reservoir fed by rainwater from surface and subterranean channels. The surface of the lake is above sea level, but its bottom is 74m below. The island is rich in plant life. Everywhere there are wild herbs that give the local food its distinctive taste, wildflowers in the pastures and, as a reminder of the human influence, thousands of olive trees. Over ninety species of bird nest on the island. As well as eagles, falcons and owls, there is a dedicated ornithological reserve for the white-headed griffon vultures which nest, unusually, on rocks next to the sea. 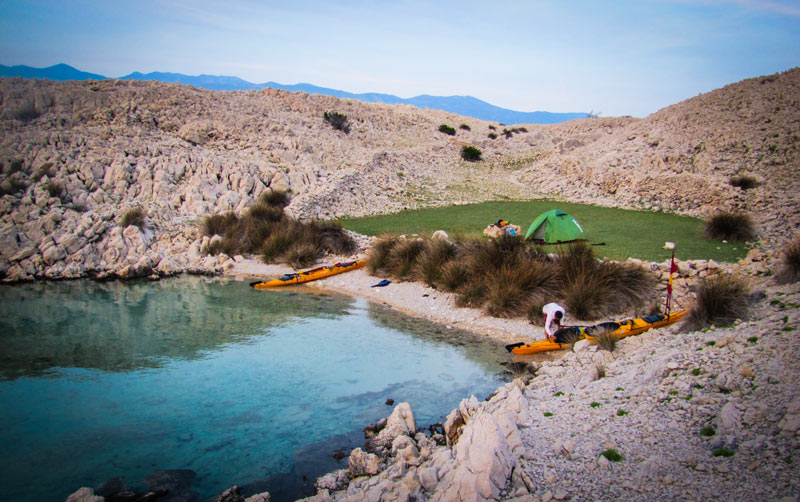 Island in Gulf of Kvarner that is famous in Croatia for it's Pag Cheese - cheese made of sheep milk as well as for day and night parties at it's popular Zrce beach.Pag is the island of the North Dalmatian group with surface of 284,5 km2. Larger settlements on the island Pag are: Pag, Novalja, Stara Novalja, Lun and Caska. Southwest coast of the island is flat, and northeast coast is steep and high with Pag bay (with huge bay Caska) and Stara Novalja bay located here. Island of Pag Climate on the island is Mediterranean, the biggest part of the island is rocky ground, while smaller part is covered by macchia. In the valleys and fields (Novaljsko, Povljansko, Vlašicko and Dinjsko) wines, vegetables and fruits are cultivated. The area of peninsula Luna is mostly planted with olive trees, so the manufacturing of oil is well developed. Inhabitants also breed sheep's, and make famous Pag cheese. The tradition on the island is also making of the Pag lace, far known. Beside these, the island is also very famous by salt production. Main towns on the island are linked by road which is the extension of the Adriatic highway. Pag is linked to the mainland by bridge as well as ferry lines. 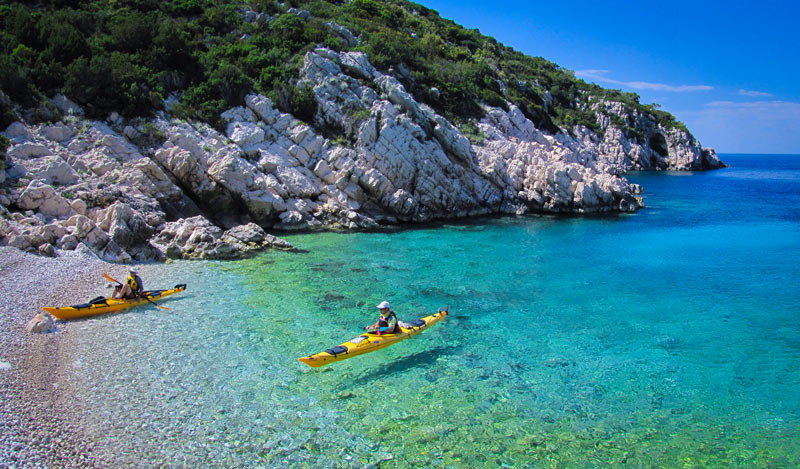 Lošinj is an island at the very west of Kvarner Gulf. It is one of the smaller island in the archipelago, divided from larger, Cres, by a small passage, connected by bridge. Losinj cover area of about 75 km2, 30 km in length, where about 8 thousands people permanently lives. Before Roman times, island of Cres and Lošinj where one island , when Osor channel has been dug , so two separate islands emerged. The north-western part of Losinj is steep and rocky, eastern coast is much more flat than the western and exposed to the bura wind.The island has a mild climate and evergreen vegetation.Losinj has numerous bays with small villages built in them.Island of Losinj used to be important center of shipbuilding and sea faring, but in late 19th century become tourist destination due to it's location and mild climate. The central place of the island is Mali Losinj, which is allegedly the larges town at the Croatian Islands.

Lošinj Dolphin Reserve adds to the charm of Island of Losinj. This is the first dolphin reserve of this kind in the Mediterranean as this is the area where bottlenose dolphins ( about 120 of them) are living. Blue World, the marine research and conservation organization, that has it's head office in Veli Losinj, runs Adriatic Dolphin Project . This organization has it's own museum / gallery of marine life and dolphins " Losinj Marine Education Centre", which is visited by schools and students. At the moment, they run sea turtle satellite tracking program ( click here for more info)

tiny island located south of the Istria in the Kvarner Bay. Susak is unique island among all other Croatian Islands as the limestone bedrock of the island is covered by thick layers of fine and fertile sand, which eroded from the Italian River Po. Island of Susak is located south of the Istria in the Kvarner Bay, about 7km west of Island of Losinj. It covers area of about 4 km2 and has about 200 people permanently living on the island. Susak is also called Sansego (in Italian). The highest peak of the island is under 100 meters high, making Susak one of the lowest Croatian islands. Susak is Island that is one of the furthermost islands from Croatian Mainland. Therefore, it has retained many original traditions , such as archaic dialect and folk-costumes that are unique only to this little island. Due to it's unique geological structure, Susak is one of Croatian Islands that has nice sandy beaches but luck stones :-)